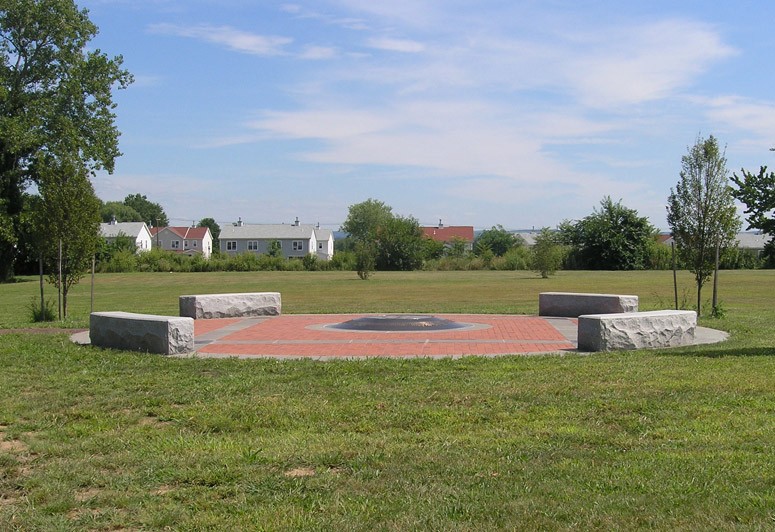 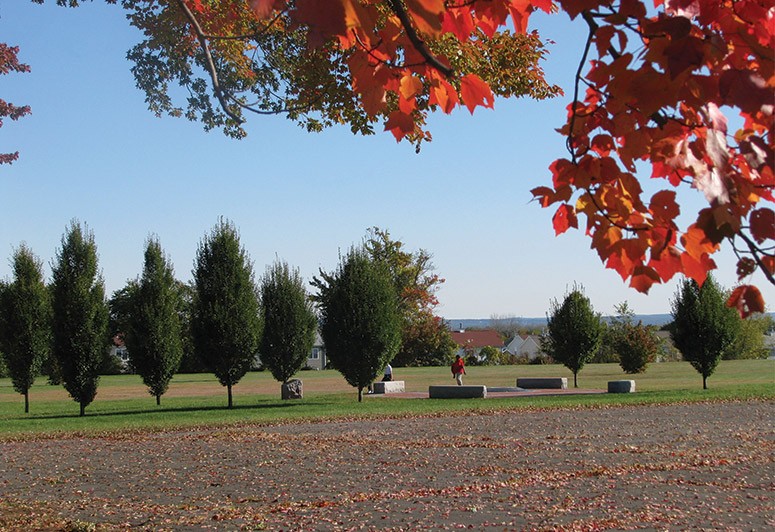 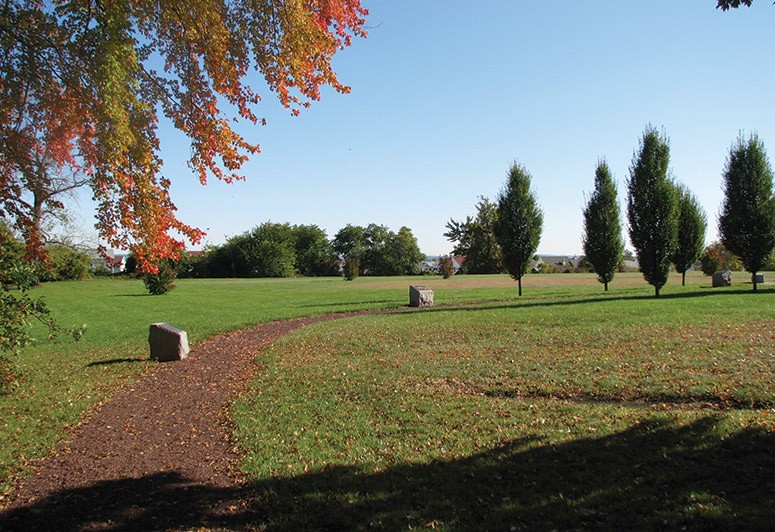 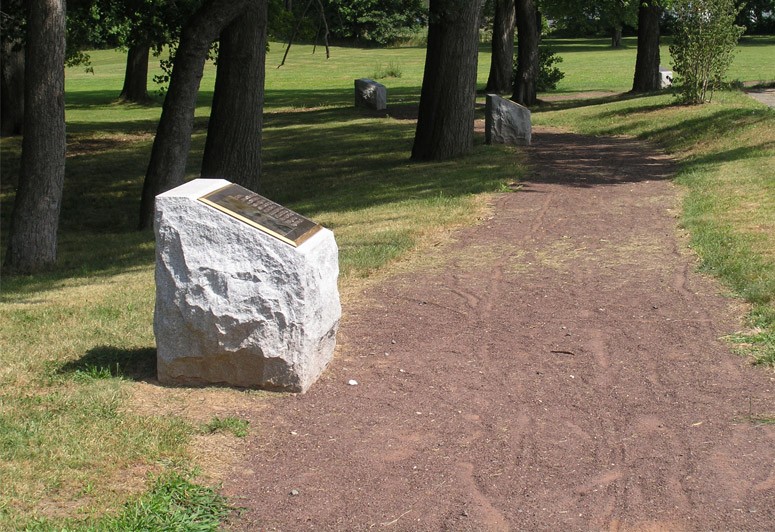 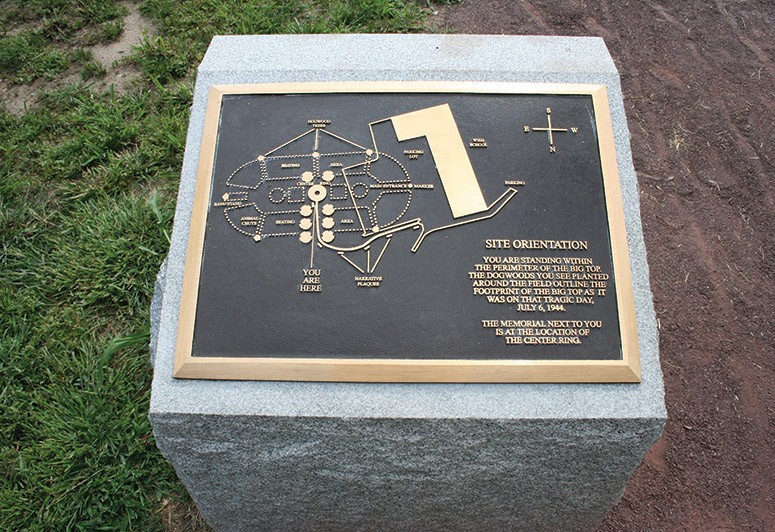 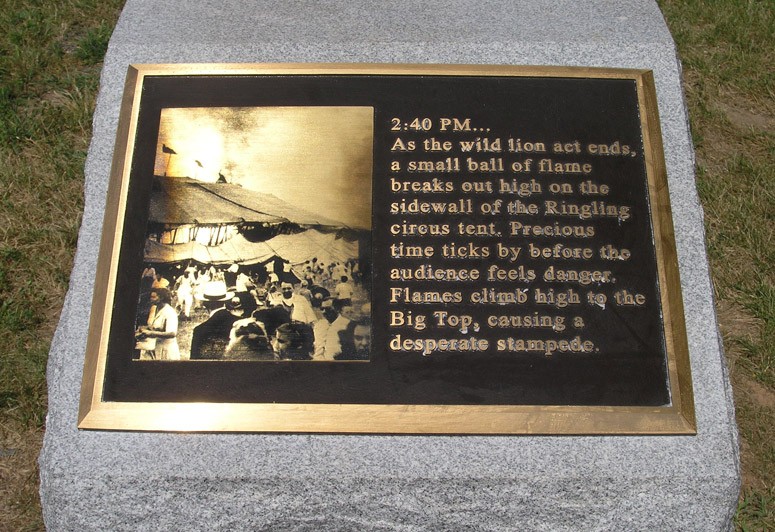 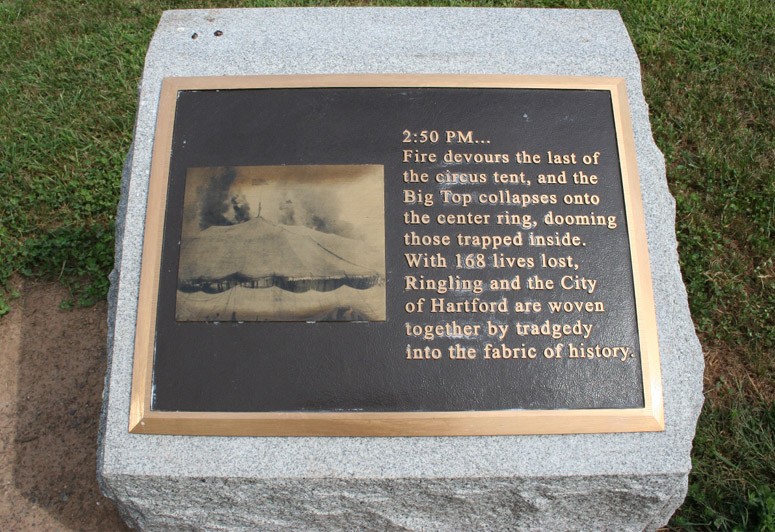 On July 6, 1944, a fire during a performance of the Ringling Bros. and Barnum & Bailey Circus claimed an estimated 168 lives. In 2002, the Hartford Circus Fire Memorial Foundation was established to erect a permanent memorial to honor the victims of this tragedy at the actual site where the fire occurred. To Design worked with a committee of volunteers to design a suitable memorial to commemorate the 60th Anniversary. Challenges included working within a site subject to probable vandalism and a limited budget.

The memorial was dedicated on July 6, 2005, in a park behind what is now Fred D. Wish Elementary School on Barbour Street. A large circular monument, where the central tent post stood, depicts the names of all the victims and a schematic of the tent. Near the center ring, memorial bricks bear messages from family members and survivors. Dogwood trees were planted at the site to outline the shape and size of the circus tent. A pathway from the northern end of the park is lined with a series of granite pedestals with plaques to illustrate the chronology of the tragedy.

“The Memorial design is a sensitive, subtle, thoughtful creation.  The design promises that this will be one of the most moving places in the state.”
– Michael Crosbie, Hartford Courant Architecture Critic