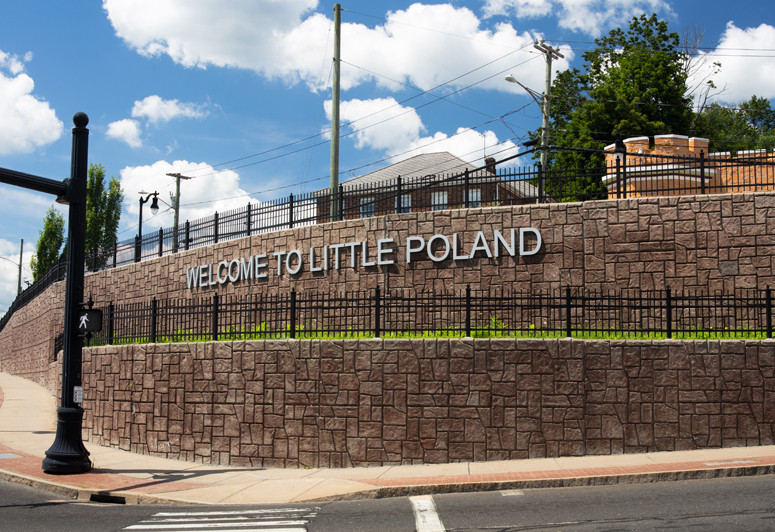 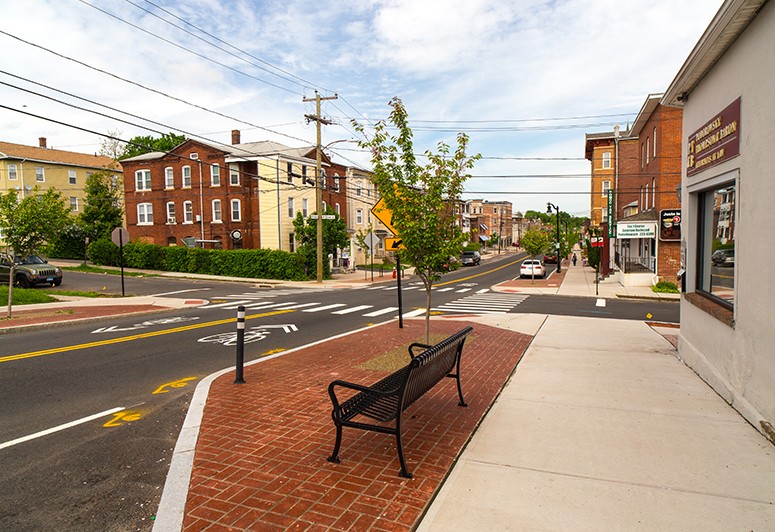 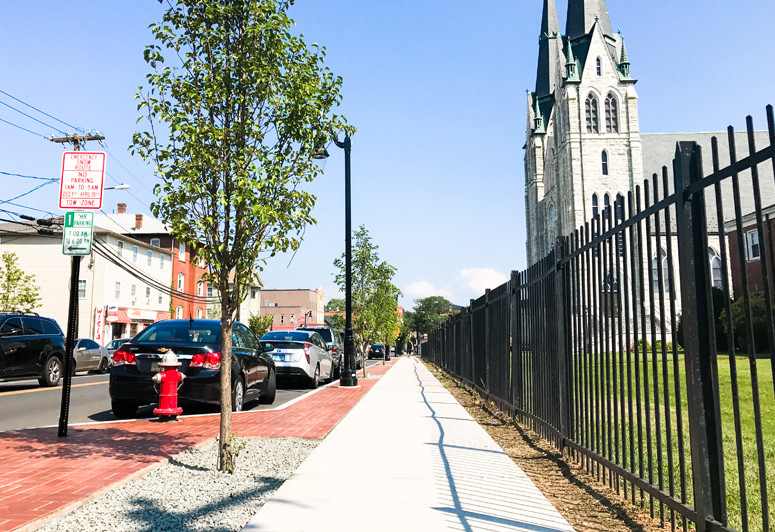 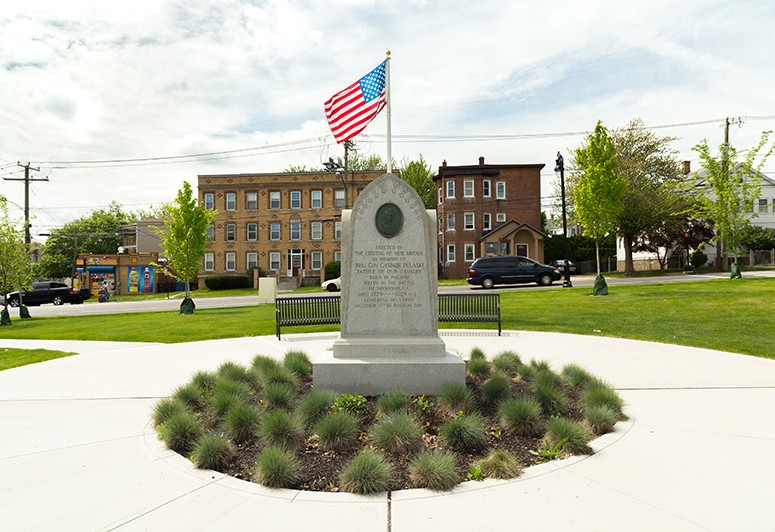 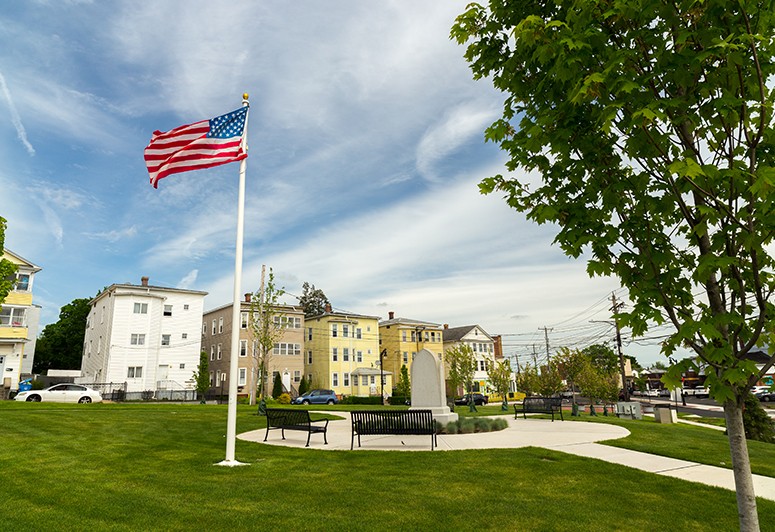 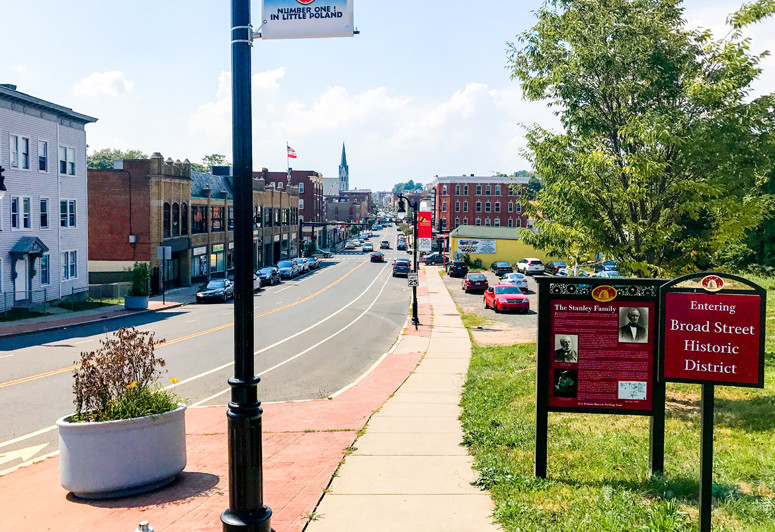 Little Poland in New Britain is one of Connecticut’s flourishing ethnic neighborhoods. Broad Street is the neighborhood’s primary commercial district, with many markets, restaurants, banks, and other businesses operating in both Polish and English to cater to local Polish immigrants as well as second- and third-generation Polish Americans.

In 2013, To Design completed the design and planning for the second phase of the streetscape improvement project. Elements of the plan include decorative pavements, ornamental lighting, benches, bike racks, and street trees. Tree pits were designed to provide not only adequate soil but aeration and drainage as well. Tree placement was coordinated with business owners to cut conflicts with building signage and storefronts.

An important part of the neighborhood revitalization was the expansion and redesign of Pulaski Park, an underutilized space at the busy intersection of Broad and Burritt Streets. This park is dedicated to Polish General Casimir Pulaski who served in the American Revolution.

Our work beautified the growing urban neighborhood and enhanced the local culture by including historical walking trail signage.