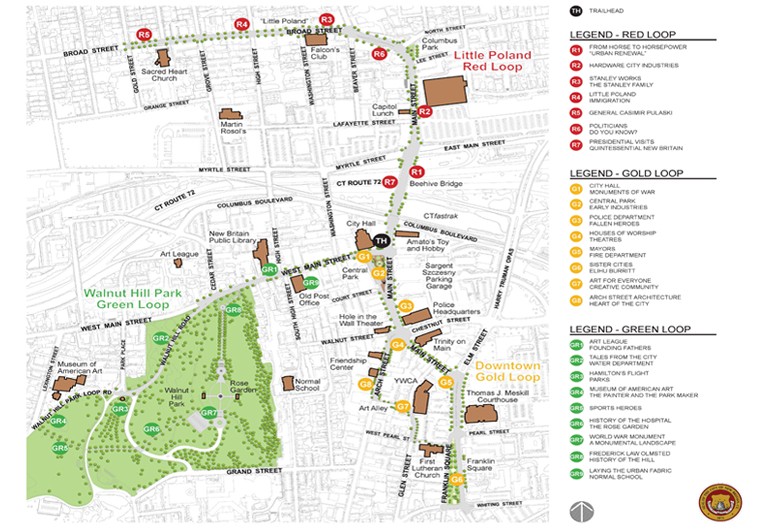 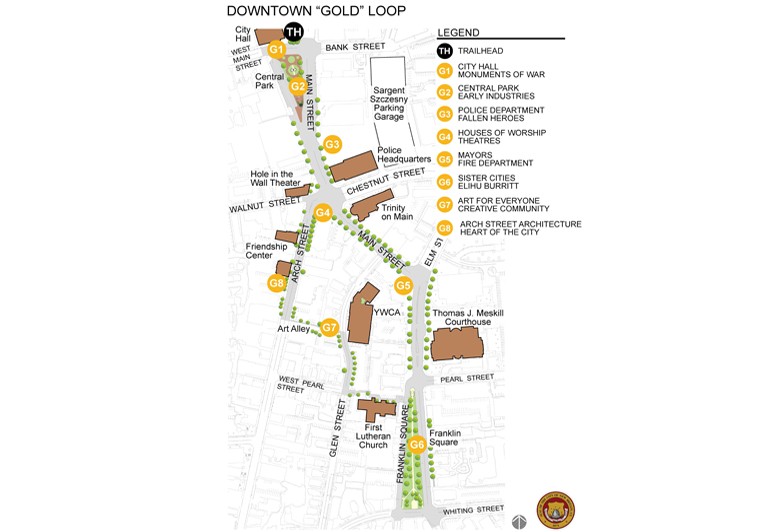 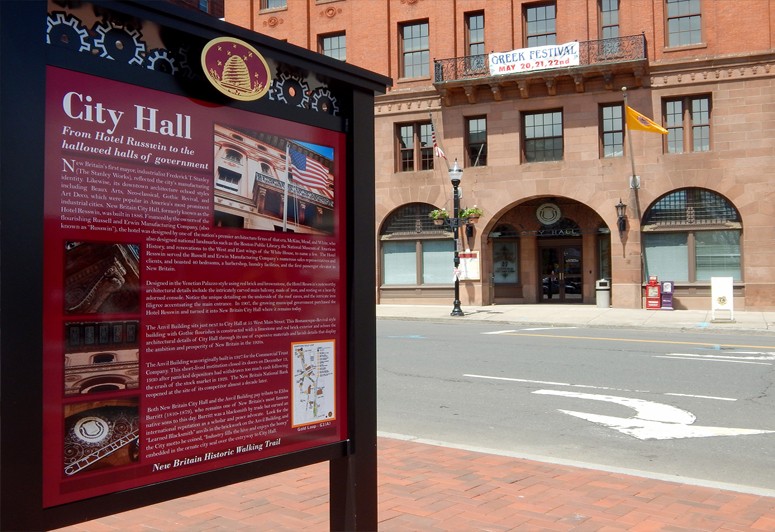 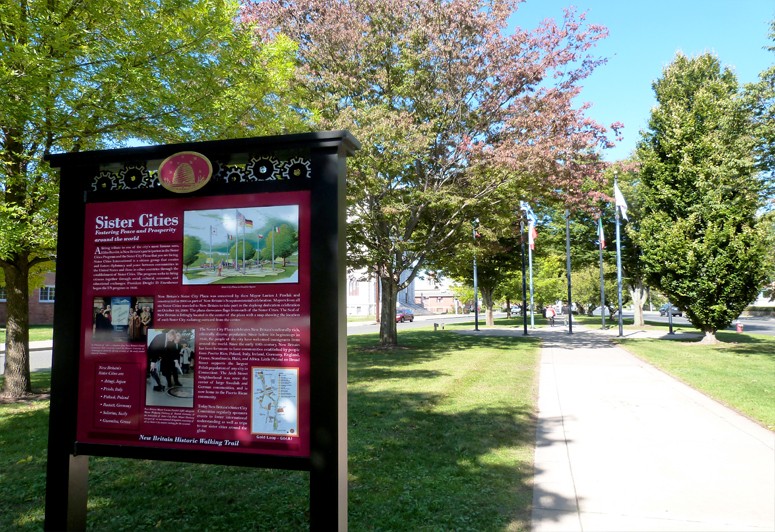 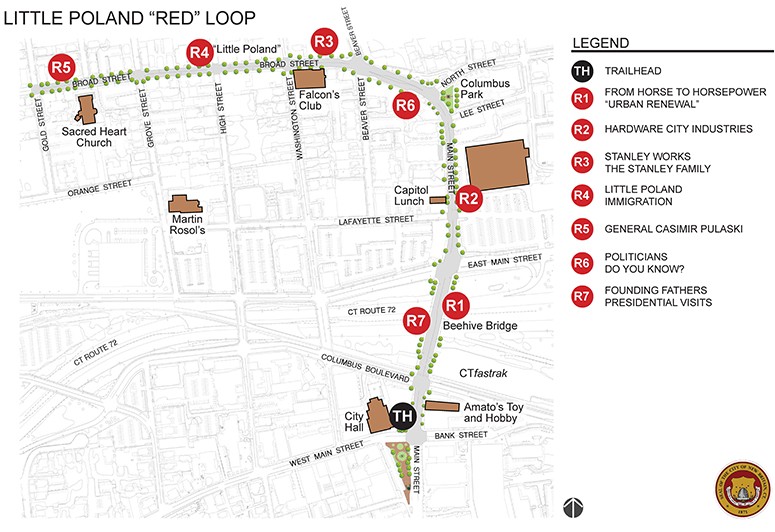 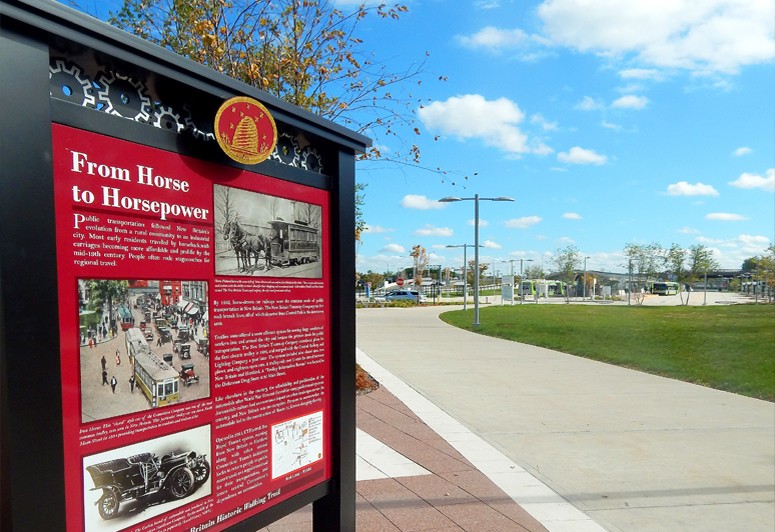 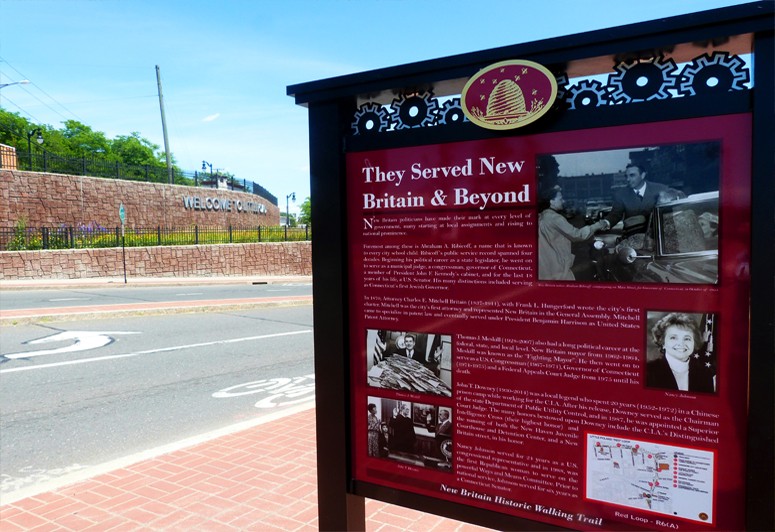 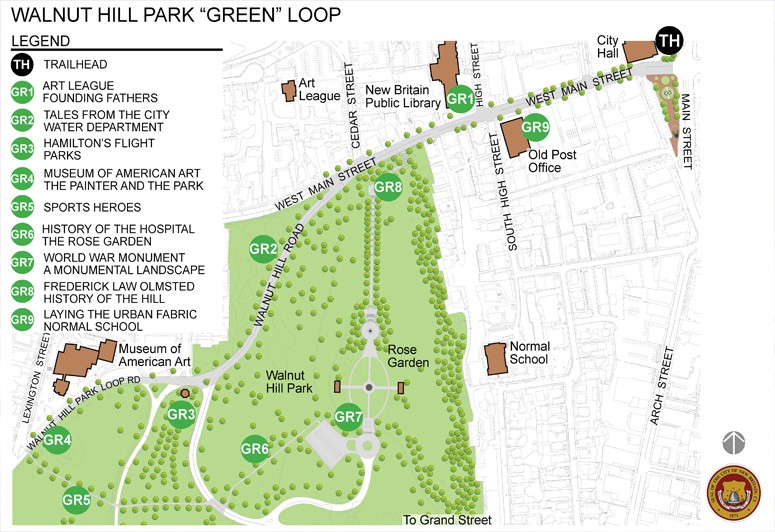 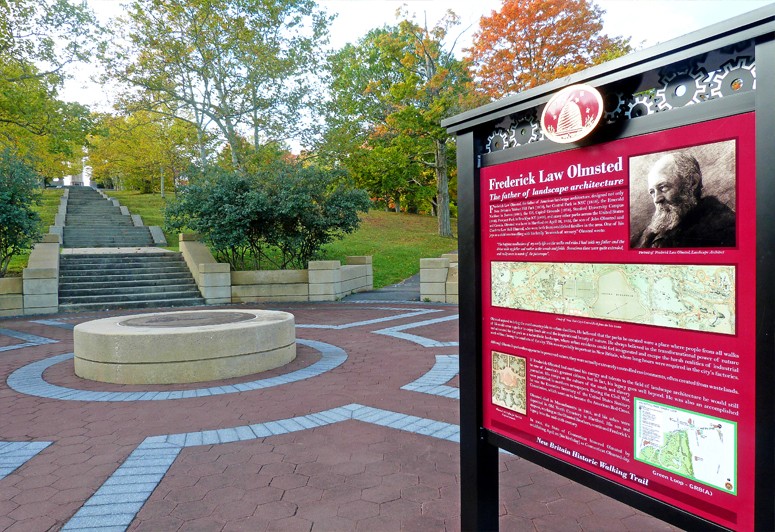 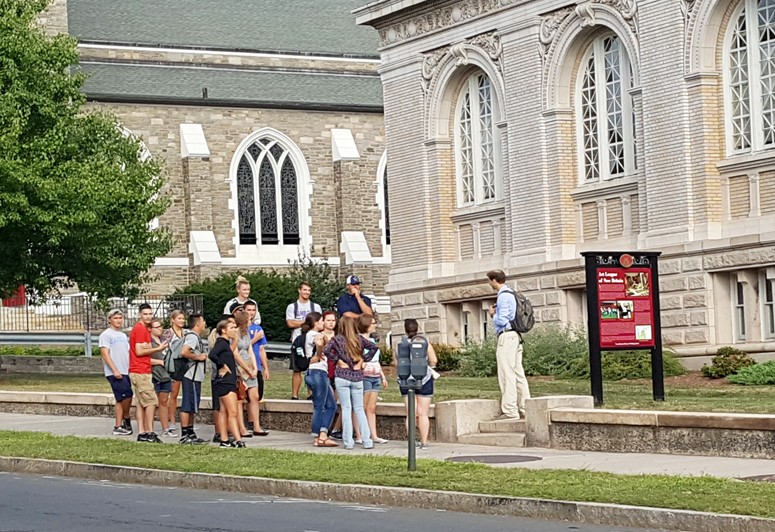 To Design worked with City of New Britain, Department of Public Works staff to develop an interpretive signage program for the downtown area. To Design developed text, mapping for the routes, and participated in public outreach efforts.

The City’s Historic Signage Walking Tour was an idea that was developed by the City’s Downtown Streetscape Working Group in response to a Preserve America Grant from the National Parks Service. The purpose is to celebrate the City’s rich history in a way that puts “feet on the street” around downtown New Britain and helps bring vibrancy to the downtown, thus helping to support downtown businesses.

The walking tour itself will involve three distinct loops around Downtown, all of which will begin at Central Park. Along each loop a person will not only learn many interesting facts about the City’s history, but will also find many points of interest.